If it seemed to you that all the buildings in Ukraine are of the same type – it is not the truth. The buildings of the modern style that will fully change your worldview how the building must look like are peculiar to Ukraine. This article is dedicated to the unique modern buildings of Ukraine, which analogues you will never find.

The House of Legends, Lviv

The House of legends in Lviv is a restaurant that is dedicated to Lviv legends. The face of the building is decored with a dragon sculpture and beneath him there is a clock that shows you Lviv time. The building gathered a lot of tourists that were waiting for “the show” – to see how the dragon blow out the flame at certain periods of time. Unfortunately, the restaurant was closed and lets no visitors inside. It used to be the most popular restaurant in Lviv not just because of a tasty cuisine (there cooked the delicious food) but because the authentic interior inside of it. But from the outside, the building looks so mysteriously, as it was before. 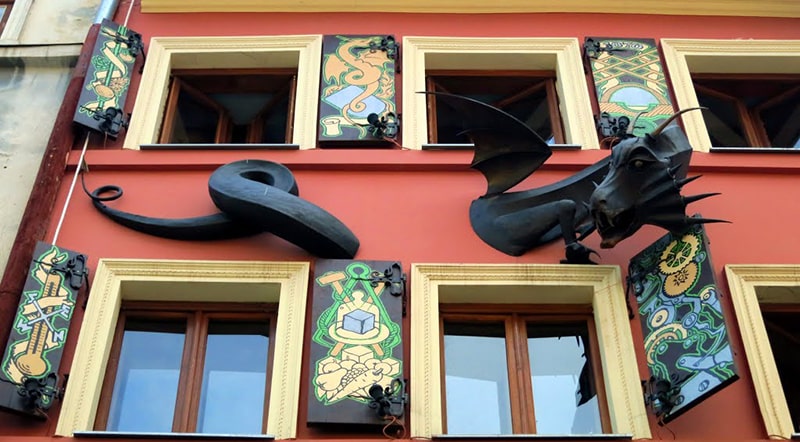 It could be an ordinary building if not taking into account that it stands upside down. The face of the building is above, and the roof is below. It was the first building of its kind. It was built just in a month and a half. Maybe it looks like a small house from the outside, but its size is 85 square meters. Many tourists stops to take some photos against the building. You can also enter the house if you pay a separate sum of money and buy a ticket. Not far from the building there is a café and a market where you can buy everything you want – from souvenirs to furs. Is this not a reason to make a stop for a couple of hours? 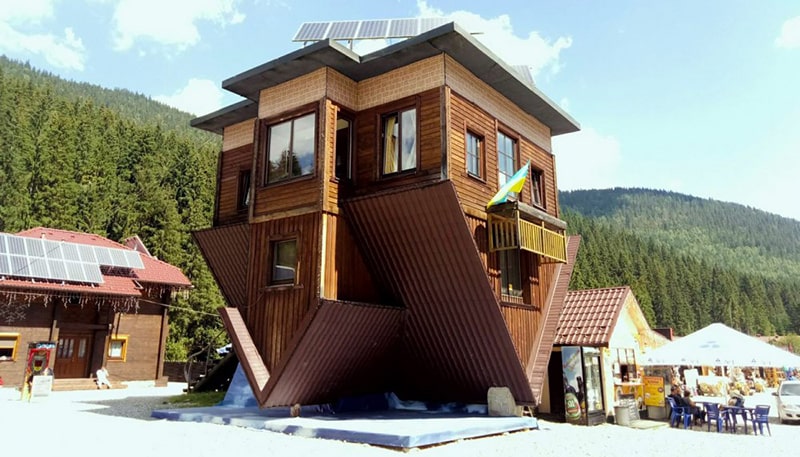 An unordinary house was built in eclectic style – a mix of different styles. Many sculptures were made in different styles that, from the first sight looks like incompatible at all but if you pay more attention to them you will see how the styles are bind together. Here the fairy-tale characters stand side by side with the figures of the saint. Nowadays the host of the building works as a guide here and tells the tourists the history of his house, why these or that sculptures are done in this way as well as their non-accidental location. 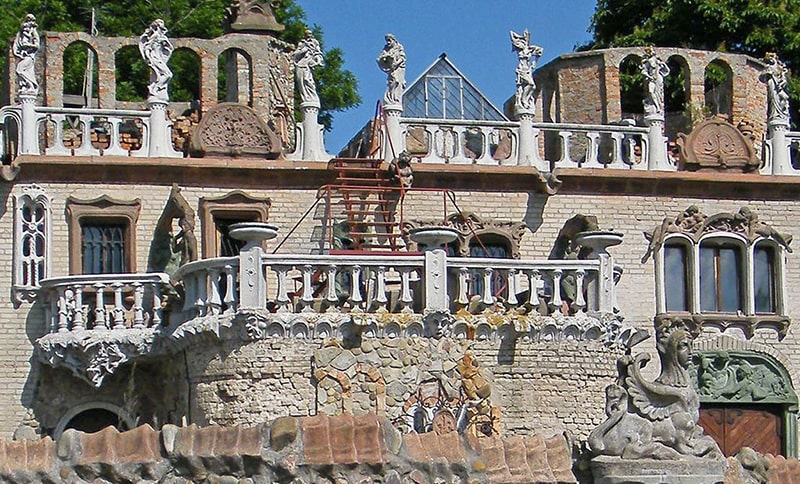 The Museum of Pysanka (the painted Easter egg), Colomyya

This museum was built in a form of one big painted Easter egg. Of course the museum exposition have only pysankas to show – close to 12 000 exhibits. Some of pysankas were made from tree. The excursion includes the history of painted Easter eggs, the main tendencies and how they were changing with time. Apart from the “classic” works, there are the pysankas of modern masters. Also the works of the museum are busy with pysankas restoration – the technology is held in secret and nobody apart the workers themselves do not know about it. 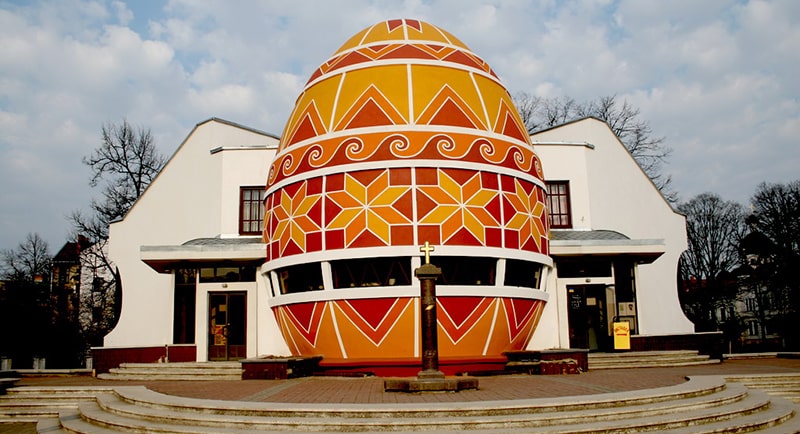 The house was built with its peculiar architectural elements, and right in the center of the house is a woman face. When it is raining, the sculpture “starts crying”, there are tears on her cheeks. Vladislav Gorodetskyi is considered the author of this idea, he created the house in his sister honor who was not lucky with men. 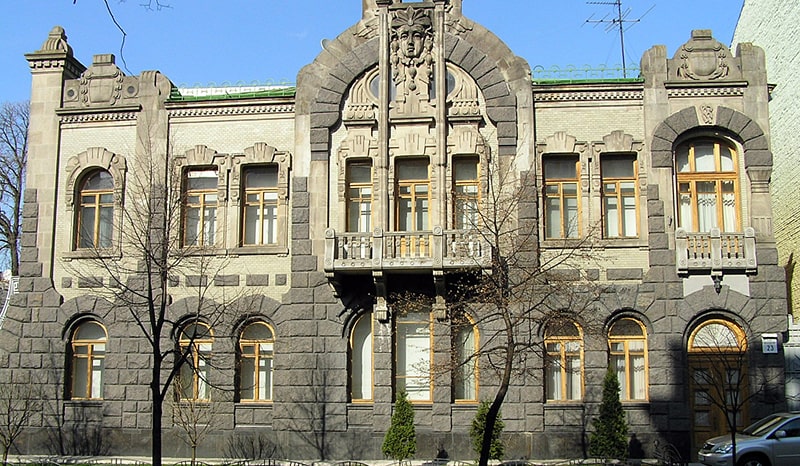